The aim of the game is to create an edible masterpiece using a range of decorative treats and a mug of drinking chocolate. 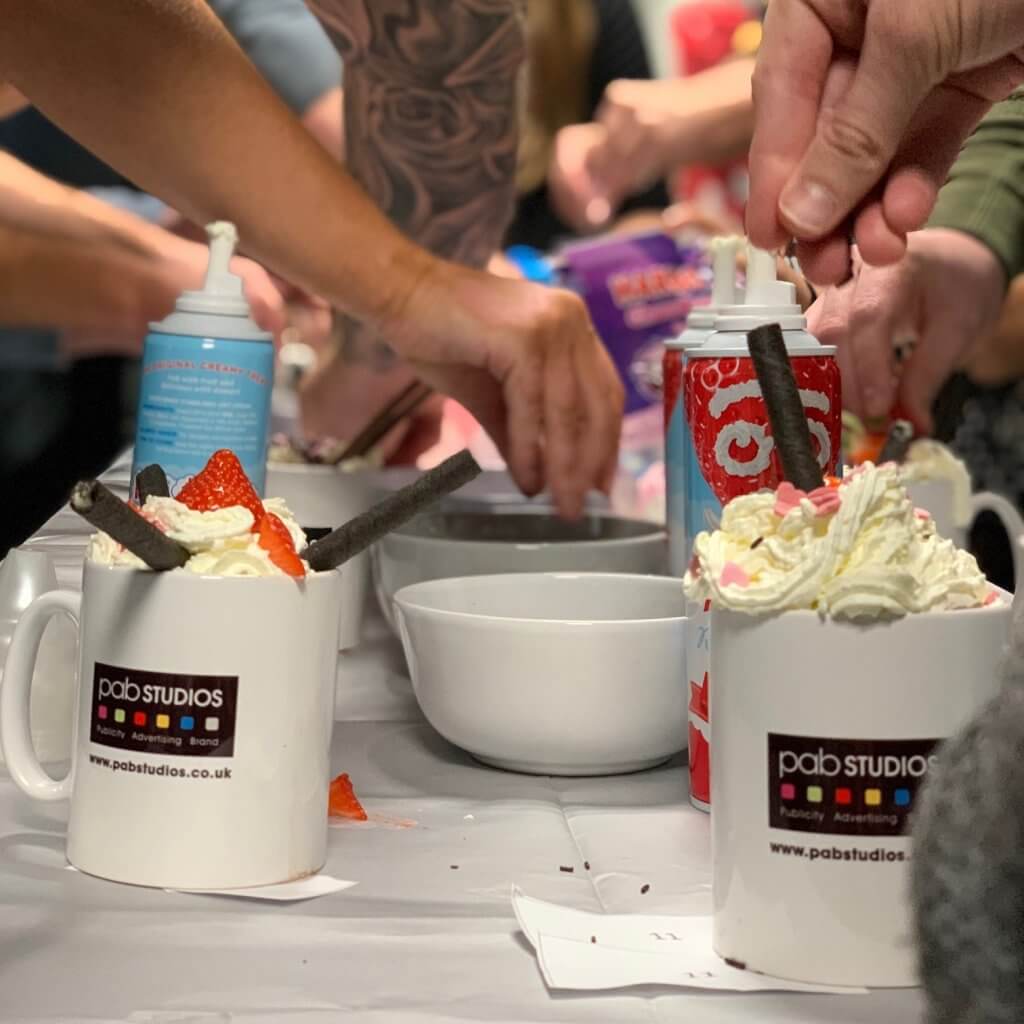 Contested in front of a bumper crowd of around 6 and live streamed to thousands of Facebook followers, all participants conducted themselves with decorum and sportsmanlike spirit – until the winner was announced. 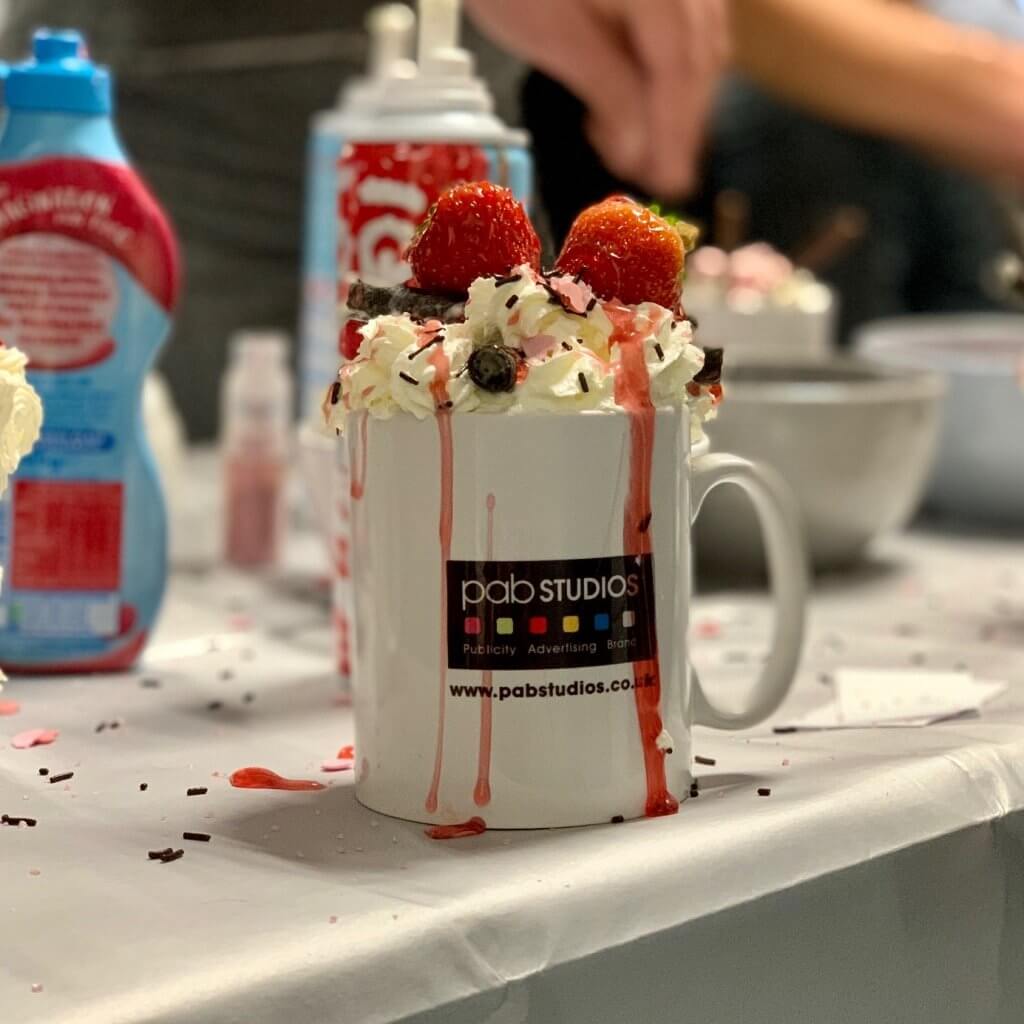 Director Camille had the final say and picked Studio Designer Chris Grice’s effort as the best looking mug, much to the disbelief of some fellow competitors who felt Chris had used unlawful methods to gain an unfair advantage.

No VAR in this one though, so the judge’s decision was final and Chris took home the coveted £25 Nandos gift voucher.

Back to All Posts